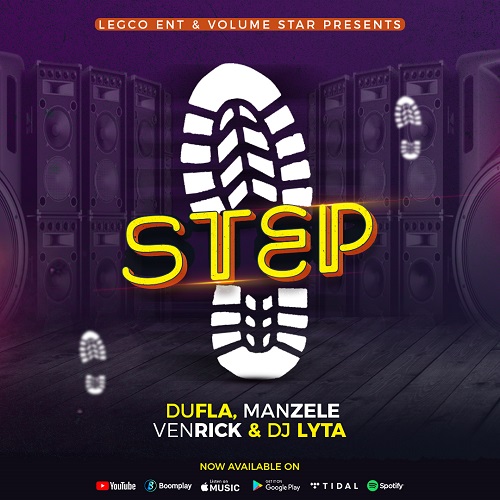 Dufla team’s up with the three talented male artists Venrick, Manzele & Dj Lyta to release a well-executed club banger song titled “Step”. Step is a song that has the artists groove about the latest dance move in town called Step.

The lyrics by the three great writers are well arranged in the context of rhyme, flow, and wit. The lyrics also provide us with a catchy and simple bridge, “Benderuka, Benderuka, Benderuka” that is fused with great Dancehall and mellow lines. It is well-paced track making it danceable . There is a distant Ugandan sound in the instrumentation.