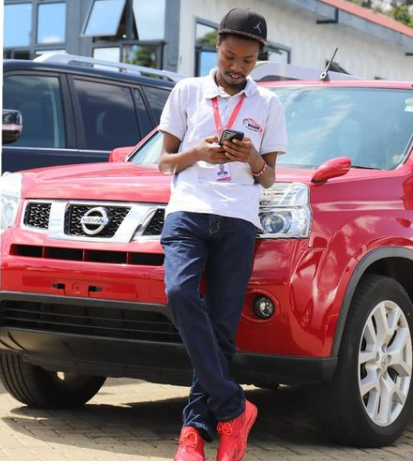 Henry Desagu Biography
Henry Desagu,his real name is Ithagu Kibicho, one of the most popular online comedian in Kenya. Desagu rose to instant fame a few years ago when his name was synonymous with fighting sponsors and advocating for the rights of team mafisi.He was a student at Kenyatta university and he pursued economics.His journey began back in campus after he joined a group known as Kenyatta university travelling thearte.Desagu had to put a halt to his studies to pursue his dreams
of being a comedian thus he has not graduated till to date. The king of comedy would charge 50 Kenyan shilling per students to attend his show and that led to him being called for auditions in Kenya thearte.He was lucky to join Kenya corner and he landed a scripting job at Ntv. .At one time Desagu could not pay his rent at Kahawa Wendani years after loosing his job.

He opted to look for cheaper houses and that is how he found himsel at mwihoko.Mwihoko is in north of githurai .Desagu made mwihoko famous and he is also proud that Nadia mukami is also from there and he wish that Nadia gives him a chance to date her.
Years later desagu learnt alot of life mechanism and he decided to create his own television channel on his youtube. Desagu claims that being in Mwihoko has helped him.

become more creative because he interact so easily with people.Four years ago his dream was to get 10000 views on youtube and he waited 8months for the video to get to 30 thousand views.The most watched video on youtube is over 62 million views.
Desagu says that comedy pays for those who are patient because he has been in the industry since 2011 and now his hardwork is paying off.He has gotten productmendorsement and that has merged his youtube earning.He has landed a lucrative deal with motorhub on kiambu road and when they called him he thought it was a prankonly for him to realise that it was real.Currently desagu prmotes several brands online,such as motorhub,treasure garden real estate and expeditions maasai safari.